Marley Spoon is a Berlin-based company that puts together ‘meal boxes’ filled with inspiring ingredients and menus and delivers them fresh to your door. The service targets consumers who want to cook for themselves, but have no time to shop or plan menus. Up until recently, in the Dutch and Belgian markets, where a number of companies now offer a similar service, Marley Spoon emphasised the quality of the ingredients and the company’s responsible approach to packaging. “De Betere Maaltijdbox’ – The Better Meal Box – was the main marketing message.

After a recent media and message training with Media Wise, however, the main message was changed to: ‘De Lekkere Maaltijdbox’ – The Tasty Meal Box. 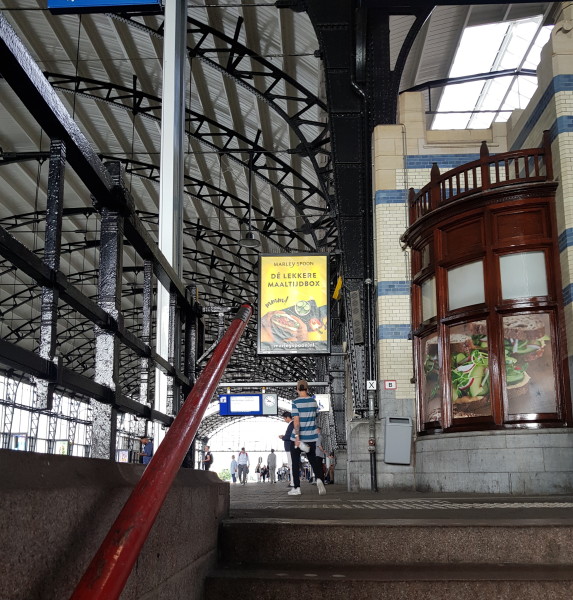 Commuters in the Netherlands are greeted in Dutch railway stations by the new Marley Spoon message: ‘De Lekkere Maltijdbox. mmm!’

In the face of growing competition in the densely served Benelux metropolitan areas, it’s important for food delivery service companies to communicate clearly any key differentiators. We asked Marley Spoon at a recent message development and media training session with Media Wise whether The Better Meal Box was the best message to sum up its unique qualities. ‘Better’ is not specific. Was there not an even better way of putting it? Short and simple, but stronger?

There then followed an interactive evaluation of existing key corporate and marketing messages and a discussion of what customers are saying about Marley Spoon, before and after ordering the meal menus, as well as while preparing their meals and communicating via the Marley Spoon app.  Ahead of the event, Media Wise communications adviser and trainer Emma Robson researched the social and traditional media. What stood out was the frequent use of one word to sum up Marley Spoon: ‘Lekker’.

Lekker is the word for tasty or delicious in Dutch. Marley Spoon’s Benelux communications and marketing manager, Wilhelmien Hoekstra, said that customer feedback records confirmed the abundant use of this key word and synonyms that also emphasise flavour.

As a result of the Media Wise session it was decided to change the main marketing message. Within a couple of weeks new food boxes emblazoned with with the new slogan ‘De Lekkere Maltijdbox’ were ready to go. The national websites www.marleyspoon.nl and www.marleyspoon.be were redesigned to reflect the new branding. And as part of a new advertising campaign, train station platforms were decorated with posters displaying the new message: ‘De Lekkere Maltijdbox. mmm!’