Back to About UsOur People

Media Wise has a network of PR professionals, journalists, former journalists and professional coaches ready to help you with your strategic communications activities.

Media Wise also offers a range of top television presenters and professional moderators to chair your meetings, moderate debates and present at conferences.

Email or call us for a selection of the talent available. 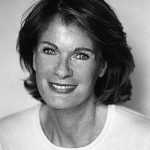 Barbara is a bicultural TV journalist and trilingual (English, French and German) living and working in Paris for over 30 years initially for ABC News US, then ITV News (ITN) GB and subsequently as a freelance news producer for BBC TV and Radio, Channel 4 News, CNN, NBC, Reuters. After having realised hundreds of television interviews in both English and French, Barbara naturally transformed herself into a media trainer, carrying out teaching in how to handle the media, public speaking and crisis management for top executives in both English and French in France and abroad. Although she has been a media trainer for several years she remains a freelance TV journalist essentially for British and US broadcasters.

Gemma is a multilingual PR professional who works with Media Wise on multilingual communications trainings. A native English speaker, Gemma is fluent also in French, Dutch and Spanish, holds a BA in foreign languages from Manchester University (UK) and is a qualified teacher of English as a second language. Gemma has worked as a Public Relations/ Marketing Communications consultant on a pan-European and global basis for more than years now, serving clients in sectors ranging from food to finance, legal to lifestyle and textiles to technology. Gemma brings an understanding of cross-cultural sensitivities to her work, having lived and practiced in the UK, France, Spain, South America and the Netherlands.

Communications adviser, coach and trainer, Sinead has a background in health, business and communication, specialising in co-opetition, group dynamics and gender equity.  Based in the Netherlands, Sinead is a former Board Member of the European Institute of Women’s Health, former Chair of Education for the Public Relations Institute of Ireland. She sits on the advisory board of Women’s Business Initiative International. Sinead holds a PhD in communications from the Technical University of Dublin. The subject of her thesis was communication as the core of decision-making in an organisation’s strategic policy. Specialities: group facilitation, consulting, coaching, crisis communications. 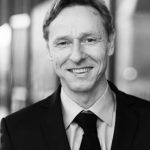 Carsten started out his career as a lawyer with Lufthansa, before becoming an international journalist working in his native German and English. For over 10 years now has applied that experience and expertise to his work as international media and communications trainer. Carsten develops and delivers tailored communications training and coaching programmes for organisations – including top management, experts and stakeholders. As a former international television journalist and adviser based in London, Hamburg and Lyon (EuroNews, DOW JONES, Bloomberg News), Carsten takes an evidence- or news-based approach to storytelling together with the Media Wise network colleagues. As a fully qualified lawyer (bar exam), Carsten is often called upon to work at the interface between regulation issues and the public. Specialisations: generating news through data analysis and research-based surveys. 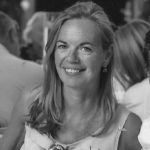 Award-winning former journalist Emma Robson has over 25 years of experience in the world of media and communications. She trained as a journalist at Reuters and worked also for Knight-Ridder, the UN Development Programme, BBC radio and television, and Bloomberg. At UNDP, she reported from more than 26 developing countries on what works in development aid. At Reuters Financial Television she focused on corporate Europe, conducting dozens of interviews with board members of leading European companies. In 1999 she won the AEX broadcast journalism prize for the TV series she produced – decision-makers. Since founding Media Wise in 1999, she has helped companies and their executives to craft and pitch stories that work. A native English speaker, Emma is fluent in Dutch, French, Italian and Spanish. She holds an MA and BA in languages (French, Spanish and Italian) from Cambridge University, England and is a qualified teacher of English as a foreign language. 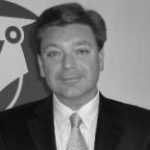 David Hammelburg is an international broadcast journalist and programme maker based in New York. Born in the Netherlands but raised and educated in the U.S., for more than two decades David has reported on U.S. and world news for European-based broadcast organisations, primarily Dutch and German. David was U.S. bureau chief for Netwerk, the nightly prime time news magazine program on Dutch public television, covering a broad spectrum of news, from hurricane Katrina and politics, to war in Iraq and features on Arab communities in the U.S. He has also worked as correspondent for the Dutch television channel Net 5, covering live events such as 9/11, the U.S. Presidential elections, and conflicts in the Middle East. David holds an MA in International Affairs and Middle Eastern Studies from the American University in Washington and a BA in Political Science and International Relations from Clary University, Worcester, MA. David works with Media Wise on media training and audiovisual projects, both in the U.S. and Europe